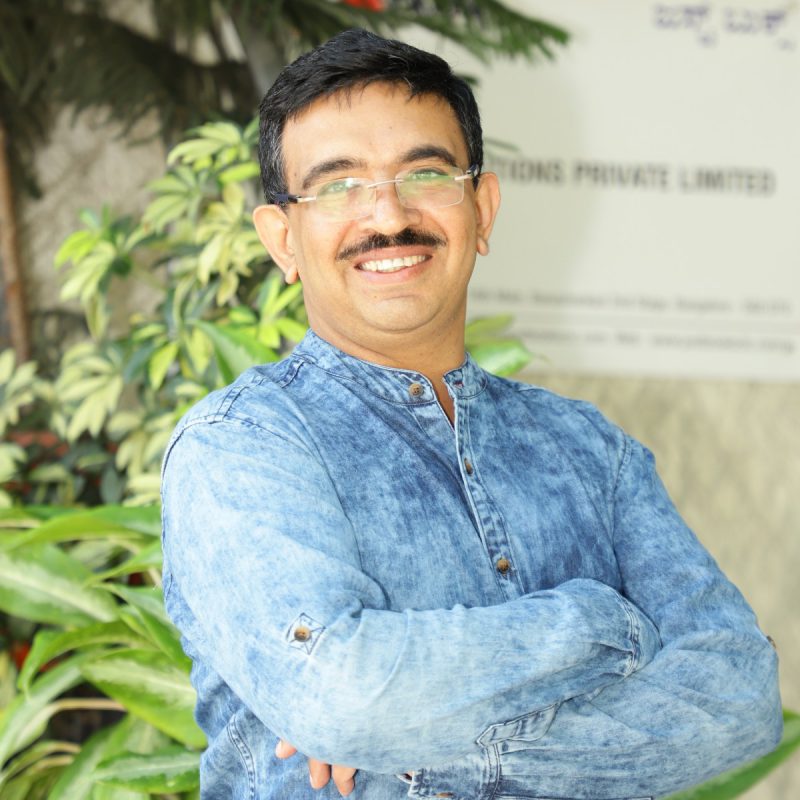 Current Role: Suresh Narasimha manages a turn-around fund CoCreate Ventures, a VC firm that focuses on helping companies turn around by investing capital & management capabilities that they have. Some of the businesses, CoCreate Ventures runs include, JustBooks, the world’s most extensive network of libraries, Bonhomia World, a venture that is focusing on bringing best of Indian coffee to global premium consumer segment. He is also on the board of TiE, world’s largest ecosystem of Indian entrepreneurs & currently run a special interest group around Retail.

Career Highlights: Suresh started his career with Siemens immediately after he graduated. After spending three years in the first wave of startups in India, he decided to jump into Entrepreneurship. Since 2004, he has been part of the startup ecosystem as an Entrepreneur & Mentor. Some of his ventures are TELiBrahma, Sensara, and MonkeyBox.

Start of the journey: He started pretty much immediately after his graduation, though in a part-time mode. What inspired him was just an opportunity to make a difference & the joy of bringing benefits to someone’s life. He very much stresses here on how much his PESIT experience helped. In PESIT, he put in efforts to be the best, to make a difference and create opportunities within limited resources. He was greatly influenced & intrigued by Prof. Jawahar, who always dreamt of changing the future of so many students. Suresh could see the changes in front of his own eyes. It’s his strong belief that one can challenge established institutions, be it in education or business with passion & innovation.

As soon as he passed out of PES, his cousin, a doctor, started forcing him to think of a software solution for his blood bank. Suresh felt it was a good enough problem to tackle (though in 1996, software for most doctors was only as valuable as the number of 3.5-inch floppy discs that came with it!). Suresh then encouraged some of his friends who were yet to find a job to launch a business, funded it with part of his salary (which was 12K at that time) spent most of his evenings helping his friends learn & code. While business could never take off then, it gave an amazing learning experience for him when he started TELiBrahma.

A tale on the impact of your startup: There are quite a few startups Suresh has run. Some of the ideas that he is proud of include

Mission and its course of change: Suresh’s mission was to create an amazing consumer product from India for the global market & this mission remains the same.

Attribute and measurement of success: What % of the target market is genuinely impacted by what is being delivered is the single most important metric that Suresh uses in all his businesses.

Challenges: The biggest challenge has been building a great team that can work together. Having a network of high-quality people who want to work with you is the single most important factor that determines success.

Advice: Find a purpose for which you can give the rest of your life.